Yes! It was a good abc-year this year. Definitely better than last year’s edition. This are my abc 2015 favourites and why. 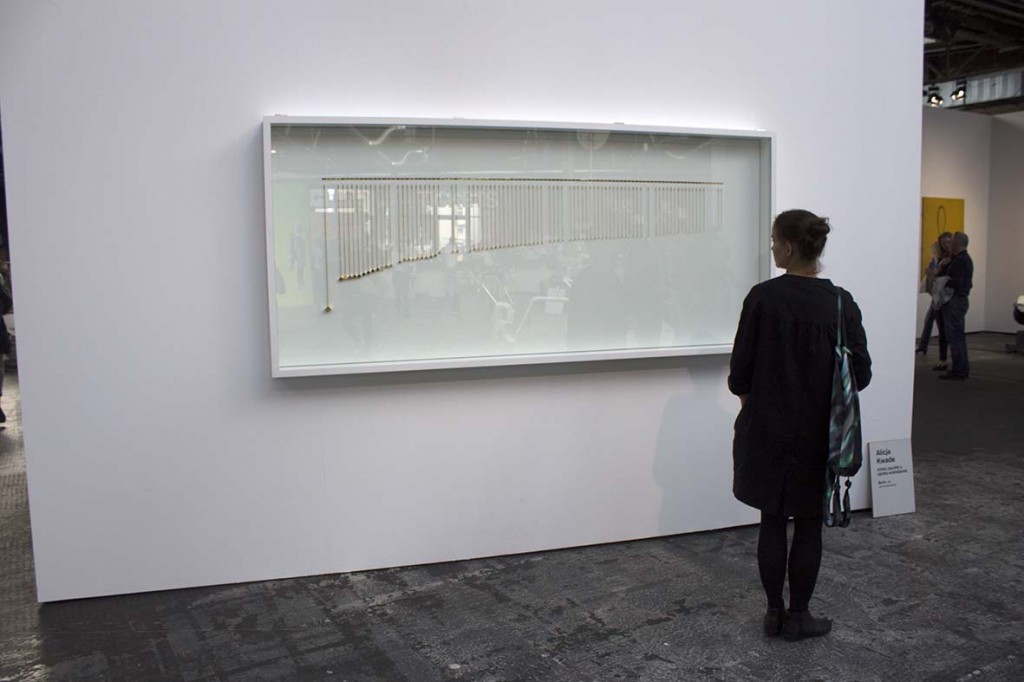 What: Goldvolks by Alicja Kwade (Poland, 1979)in collaboration with goldsmith Georg Hornemann, presented by gallery König Berlin
Why this is cool: 97 gold cubes, hanging like pendants on golden chains, each representing the national gold reserve of a country, divided by the number of citizens.  The bigger the cube, the wealthier each inhabitant would be if the gold were shared equally. Although America has the biggest gold reserve in the world, it’s cube is only in the thirteenth place. Hanging from a chain, like any other (religious) symbol, it also references to the belief in the (sort of) steady value of gold, in comparison with the more fluctuating  euro or dollar. What one forgets is that the value of gold still is decided on by a small elite group of financial people.
Extra coolness points:
– Visitors of abc could borrow and wear a cube of their choice (for example of their own country) to get a real feeling of sharing in the wealth.
– The word ‘Volk’ in the title means ‘people’ in Dutch, as in gold for the people. 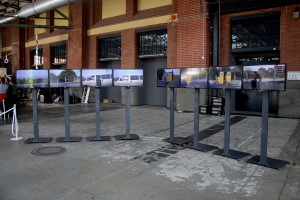 What: Movement by Chinese artist Li Ming (1986), presented by Antenna Space, Shanghai.
Why this is cool: On eight screens, represented in a line next to one another, we see the artist moving  from right to left, jumping from one mode of transportation to another. From a truck to a rickshaw, to the back of a bike, to a skateboard, onto a suitcase on wheels.  Although you get the feeling he is moving forward, in one direction, one screen doesn’t logically display the next movement. your mind tries to link the eight screens together in a natural order but fails trying because we tend to expect movement going from a to b. 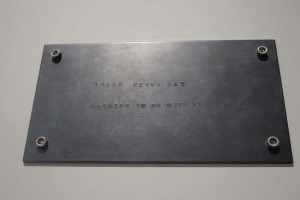 What: Third World/Reich by Brazilian artist Marilia Furman (1982), presented by PSM Gallery
Why this is cool: Two small little metal plates are hanging next to each other. You have to get really close to read the letters that seem to be typed into the metal. The one on the left says ‘Third world gonna explode’, while the one on the right states ‘Third reich has nothing to do with it’. These two non-existent, theoratical worlds have the number three in common. One could combine the poverty of everyday life in the third world with the poverty of mind in the third reich.
Extra points for coolness: The one stating ‘Third reich has nothing to do with it’ has extra meaning here in Germany, especially in a city like Berlin because here the third reich still seems to have something to do with everything. 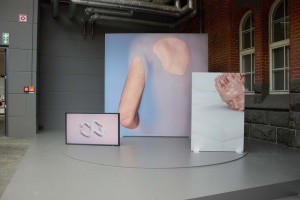 What: Experiments in Absorption by English artist Kate Cooper (1984), presented by Neumeister Bar-Am
Why this is cool: The installation consist of three screens, two still, one moving. They depict an arm, shoulder and a sculpted head submerging in or coming up out of some sort of liquid. Cooper is fascinated by the capitalistic system, the images it produces and how the viewer gets influenced by them. In earlier work it also has a feminine touch ( for example the image of a woman, try to google this word and see what comes up). I guess in this new work it is more about submerging ourselves or trying to hold our head above the water.