Is the only save place for refugees in outer space? And who owns space anyway? The installation Space Refugee by Turkish artist Halil Altendere (1971) at the Neuer Berliner Kunstverein imagines a save haven on Mars. You can even get an idea of what a possible colony on the red planet would look like, using virtual reality glasses.

In the exhibition we also get to meet former Syrian astronaut Muhammed Ahmed Faris (1951), who went into space with the Russians in 1987. Altindere presents him in some sort of sci-fi meets social realist style. From their large scale painted portraits they boldly look at us, as true heroes.

And a hero he was: the first Syrian in space. For this 7 day space voyage to the MIR station, mister Faris was even awarded the title ‘Hero of the Sovjet Union’. In 2012 he became a true hero, by defecting from the Syrian military and joining the fight against the Assad regime. Faris now lives as a refugee in Turkey. 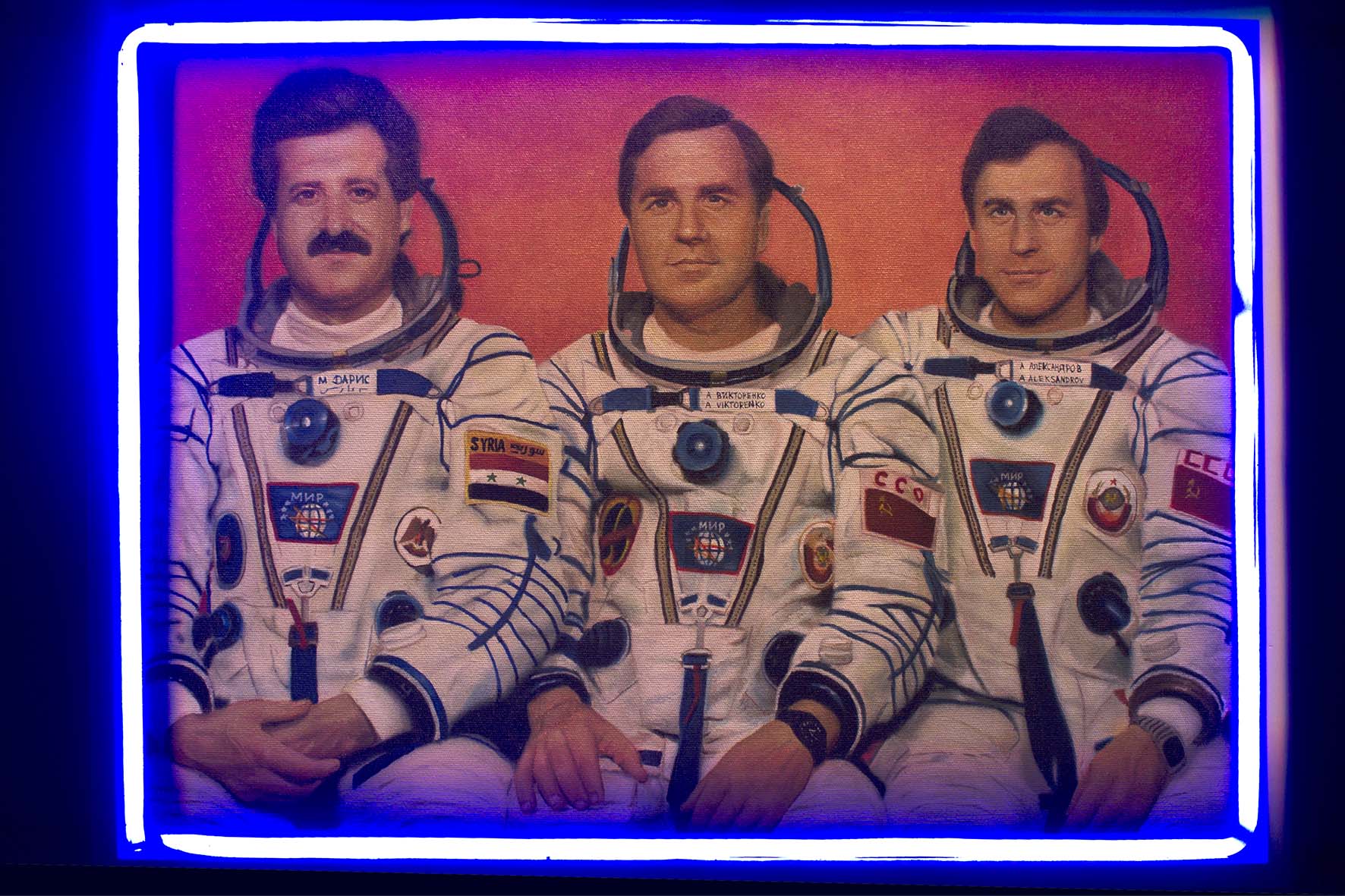 Hot
Apparently, Altindere is hot. More work by Altindere could be seen this summer, at the 9th Berlin Biennale, where he presented the music video Homeland, featuring Syrian rapper Mohammad Abu Hadjar who lives in Berlin. And outside HAU we can see the work Köfte Airlines, an airplane with people sitting on top of it.

Homeland shows us the illusion of boundaries. It starts with a group of yoga practitioners on a pier with a beautiful ocean view. During the downward dog, we see refugees arriving on the same beach. Two worlds meet and we painfully realize that we are all on the same planet, although we like to think the refugee crisis is happening ‘somewhere else’.

And yes, the current exhibition Space refugee also reminds us of another installation at the BB9:  Extra Space Craft by German artist and UdK Prof Hito Steyerl (1966). Again we see three mannequins in space outfits, presented in a black box surrounding. The title refers to a book by Keller Easterling and to roughly summarize it, it talks about how humans decided to have specific rules in specific areas for commercial benefit.

An example of these fictional boundaries for commercial benefits are freeports, like the one in Geneva, but they exist all over the globe. A freeport is a warehouse where normal tax rules don’t apply (like an airport). This is especially interesting when you are dealing in luxuary goods, like art.  In a freeport, art can be bought, stored and traded for considerable lower costs. Steyerl used the concept of the freeport as a subject for her work Duty Free Art.

Are Altindere and Steyerl on to something, when they both refer to going into space as some sort of last resort? Are we incapalbe of working things out on earth? Maybe the notions of possesion and boundary are something earth-bound. It would be an interesting experiment to leave them behind when thinking about colonizing Mars.

Actually, the notion of a boundary is also challengeable on earth, in our ever further gobalizing world.  Is it still a valid concept? And haven’t we been busy breaking them down in the last few decades? Maybe this is the reason why walls are being rebuild at the moment and a lot of people are so protective of their homeland (whatever that means). If you feel it is over and you are not ready to let go, you hold on as tight as you can. But in reality, there is nothing to hold on to. 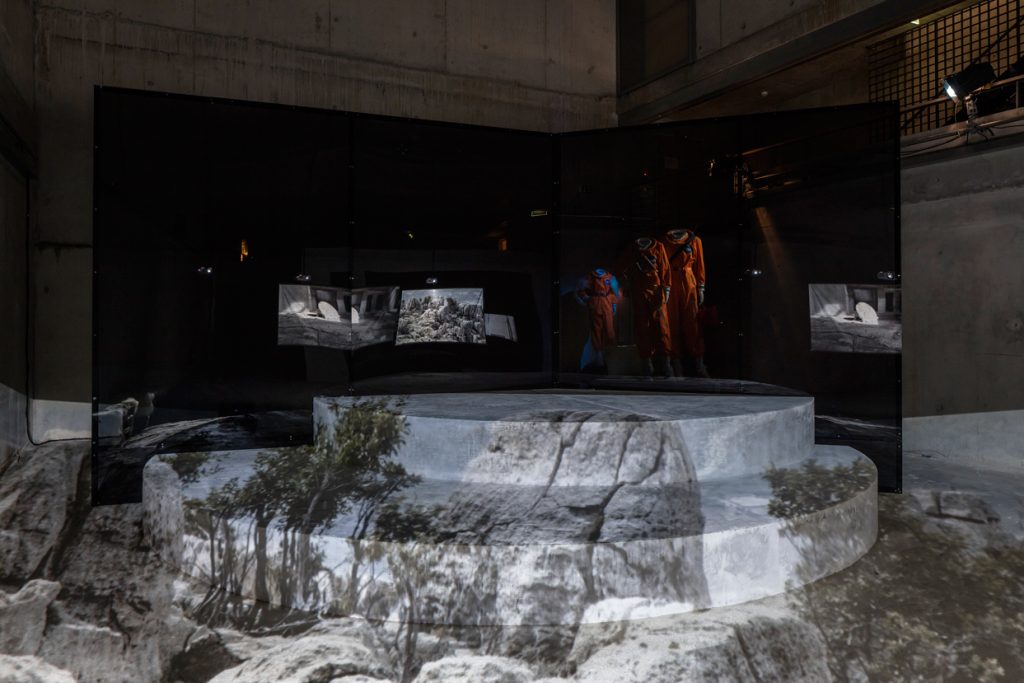 In an interview from march 2016 our astronaut mister Faris says “”I saw the earth from outer space. The earth is like one ball, it has no borders,” (…) “And that’s wonderful, because in outer space, there are no gates between countries. From there, the earth is one home, one family.”